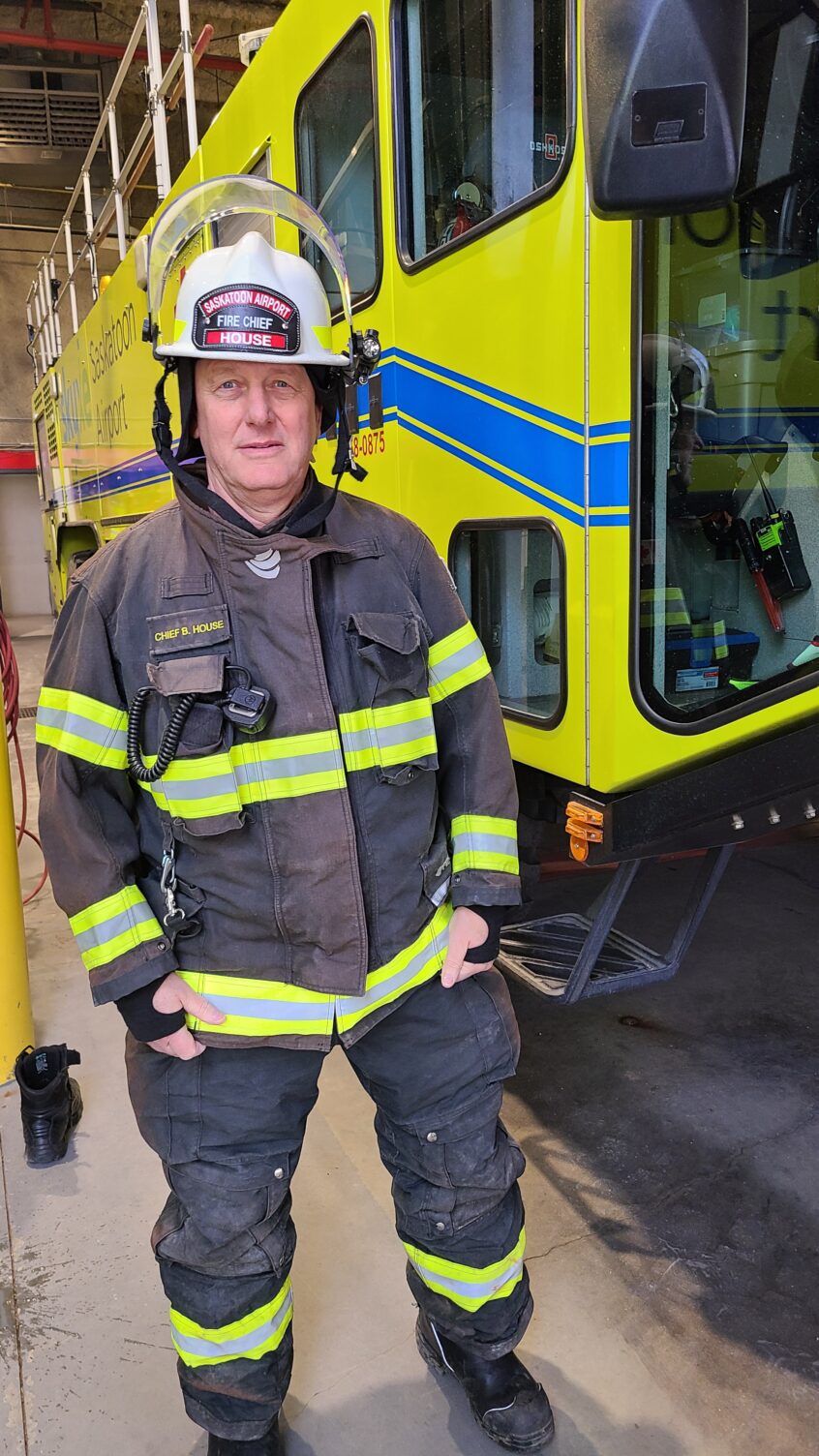 During Chief House’s reign as fire chief he was on scene for many aircraft incidents, both of the major structural fires at the Saskatoon Airport terminal as well as a major fire at one of the hangars.

During his career Chief House has been awarded a number of honors. He was awarded the Government of Canada Exemplary Fire Service Medal in March of 2001 as well he received the Saskatchewan Protective Services medal in October 2009.

During his forty years of service Chief House trained and mentored many  of the firefighters at the Saskatoon Airport in the profession of aircraft firefighting including live fire and mock-up exercises and trained  firefighters at several Transport Canada Regional fire schools in Saskatoon . Chief House used his knowledge and experience to set up and train several airport fire services examples being at Grande Prairie AB, Wabash Labrador and most recently the Calgary International Airport. Chief House has made a huge impact not only on the lives of the staff he trained but his role in creating a safe working environment for all.

A big thank-you goes out to Chief Bryan House for his long standing career and dedication to the Airport Fire Service in Canada.  You will be missed!!