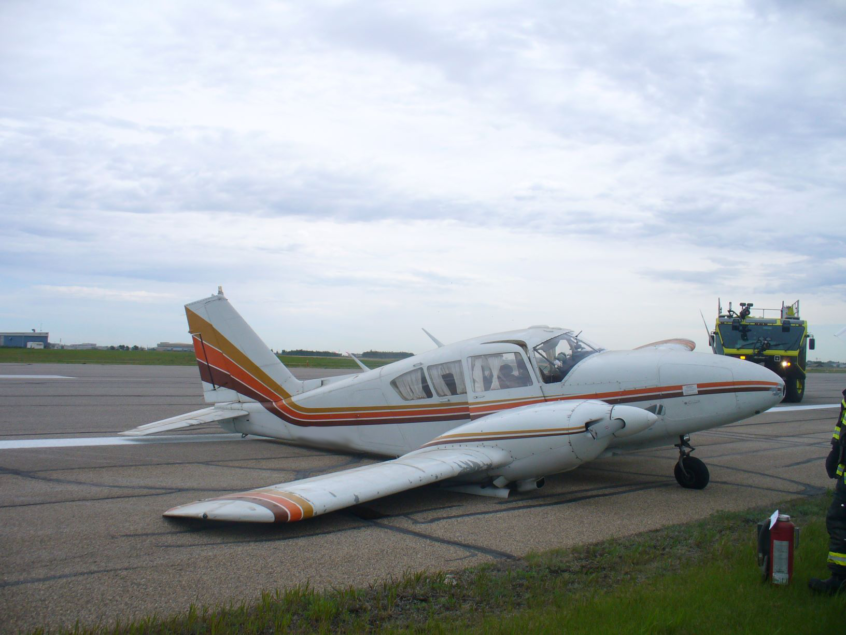 Lt. Shand declared situation Charlie and contacted Saskatoon Fire Department on route. On arrival aircraft was east of taxiway Bravo on the edge of the runway. All passengers had self evacuated and there was no smoke or fire. Although a small fuel leak was noticed under the starboard wing.

Chief House exited Red 1 and did a walk around of the aircraft and then talked to the pilot. The Pilot confirmed that the engines, fuel, and master batteries were shut off and informed ARFF that the incident happened on take off.

SFD was called off at this time. ARFF established contact with DM Erin Hunt and Eric Desnoyers and applied absorb all to the starboard underwing fuel leak with an extinguisher on standby. No other agents were used.